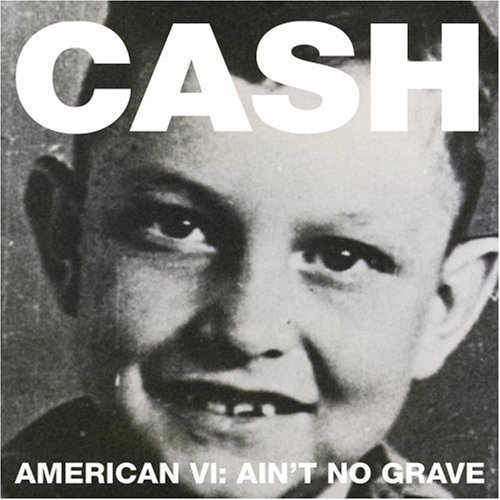 The Final Chapter. The Last Recordings.

American VI: Ain't No Grave, the sixth and final installment of Johnny Cash's critically-acclaimed American Recordings album series, will be officially released on February 26, 2010 (American Recordings/Lost Highway), the day that would have been The Man in Black's 78th birthday. As was the case with the previous five albums in the American Recordings series, American VI was produced by Rick Rubin.

American VI is deeply elegiac and spiritual, with each song serving as its own piece of the puzzle of life's mysteries and challenges, the pursuit of salvation, the importance of friendships, the dream of peace, the power of faith, and the joys and adversities that entail simple survival. It is an achingly personal and intimate statement from the end of the line, as Johnny Cash looks back on a most extraordinary life.

The songs on American VI are drawn from all over the musical landscape and from various eras, and include Sheryl Crow's moving "Redemption Day," close Cash friend Kris Kristofferson's "For The Good Times," "Can't Help But Wonder Where I'm Bound" by Tom Paxton, Bob Nolan's "Cool Water," the hopeful "Last Night I had the Strangest Dream" by Ed McCurdy, J.H. Red Hayes and Jack Rhodes's "Satisfied Mind," Queen Lili'uokalani's song of farewell, "Aloha Oe," and the never before heard Cash original, "I Corinthians: 15:55," written over the last three years of his life. Release date: February 23, 2010