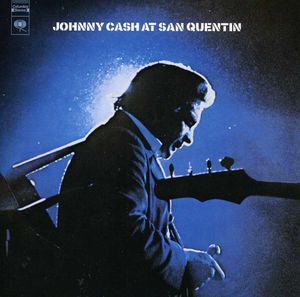 $16.95
While Johnny Cash at Folsom Prison, the 1968 album that made Cash a household word, spent only two weeks at No. 1, this 1969 follow-up topped the charts for 20 weeks. As with Folsom, the San Quentin LP had to be edited due to space limitations. Now, 31 years after the fact, the show can at last be heard in true perspective. All the original performances hold up, including the album's hit single: Shel Silverstein's "A Boy Named Sue," presented unbleeped for the first time. Equally impressive are the eight restored tracks and unexpurgated between-song patter. Cash's opening renditions of "Big River" and "I Still Miss Someone" are bracing. So are four closing songs teaming Cash with his complete performing troupe (the Carter Family, Carl Perkins, and the Statler Brothers). Their gospel performances ("He Turned the Water into Wine," "The Old Account," and an early version of "Daddy Sang Bass") are electrifying, as is a concluding medley featuring everyone. Cash is presented here at his roaring, primal best.