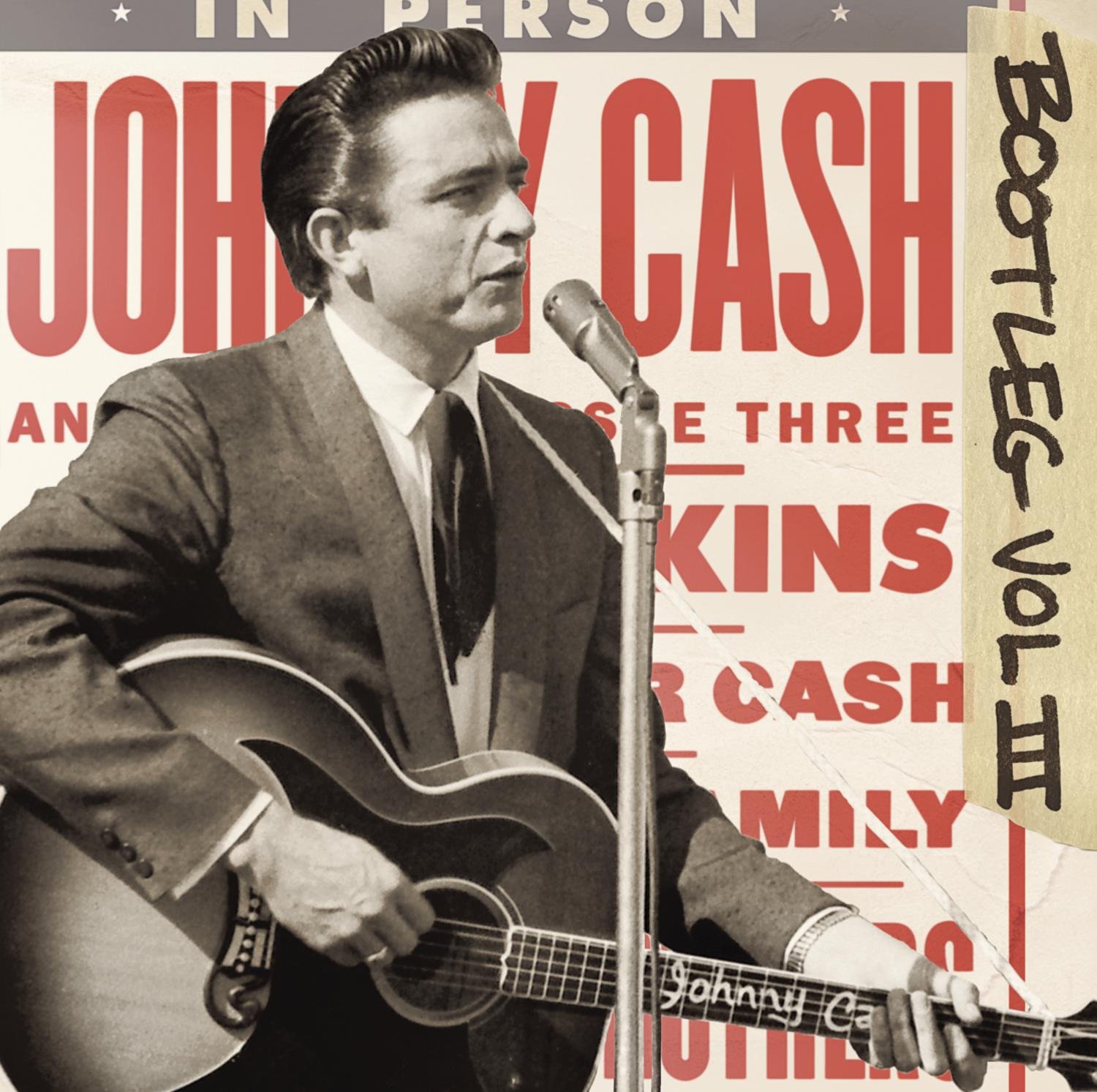 Johnny Cash Bootleg lll: LIVE Around the World is a collection of 53 rare and unreleased LIVE recordings. It is a travelogue from his earliest days on the road at the Big D Jamboree in Dallas Texas in the 1950's - through to his becoming an International Superstar and a great statesman ambassador at the White House in Washington, D.C. in the 1970's.
Johnny Cash along with his wife June Carter Cash and their touring group and family moved about the planet and shared an openness - catering to the needs of the people - carrying the spirit of America and it's people - the music - love - tradition - caring - tolerance and adventure. This set documents those historic tours and the bond between Johnny Cash and his fans.
Johnny Cash's America was everywhere - His fans are all around the Globe. People from all walks of life rallied around Johnny Cash and he rallied around them. All people - young and old - both sides of the aisle - from the Bible Belt to the Federal Prison - Bikers and priests - from the White House to the juke joint - the country folk - Folkies - Rockers - soldiers and protesters - workers and slackers - Generals and hippies. Johnny Cash's world had room for everyone. His fans were everyone, and they still are!
This album gives an overview of his touring musical life and of the love this artist had for people around the world and their responsive support right back to the Man in Black. He spoke to and for the common man, and the common good. Johnny Cash is one of the most important and beloved musicians and leaders in history.

A must-have for any Johnny Cash fan.