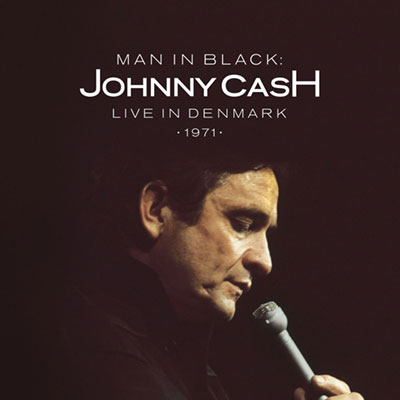 $21.95
Live archive release by the country legend. In 1971, Johnny Cash was sitting on top of the world, riding a wave of hit singles that had topped the country charts, winning a Grammy Award with wife and duet partner June Carter Cash for their rendition of "If I Was a Carpenter," and, since 1969, hosting a weekly music-variety program on network TV. Originally recorded for Danish television, this release spotlights Cash backed by his airtight backup band, The Tennessee Three, along with duets with June Carter Cash; appearances from Mother Maybelle Carter and her daughters Anita and Helen, Carl Perkins (of "Blue Suede Shoes" immortality) and The Statler Brothers, much loved for their off-the-wall humor and homespun four-part harmonies. Also included in this spirited set are early hits from the 1950s, including "I Walk the Line" and "Guess Things Happen That Way"; unforgettable tunes penned by Kris Kristofferson ("Sunday Mornin' Comin' Down," "Me and Bobby McGee"); the comical crossover pop hit "A Boy Named Sue"; and Cash's then-recent hit "Man in Black," which introduced Cash's infamous alter ego who stood up for underdogs everywhere. The stirring gospel finale of "Children, Go Where I Send Thee," featuring Cash and all his guest performers, is the perfect ending to a most ebullient performance by one and all.