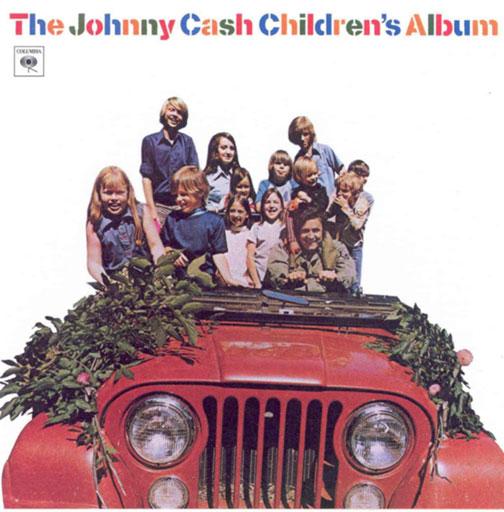 $16.95
As foreboding a figure as Johnny Cash was, his son John Carter Cash writes in liner notes to this excellent CD, he was also a big kid: "a fun-loving, easygoing, laughing man." That's not to say he was more inclined to skateboard over the line than to walk it, only that given his mesmerizing voice and his gift for storytelling, he had an enviable way of relating to kids. Thirty years on, parents who pick up this disc will find not a lot has changed: In 15 songs never before released on CD--four of which are bonus tracks not included on the 1975 classic--the Man in Black melds the silly with the sweet, the madcap with the meaningful, and emerges as a country-folk Pied Piper any kid would kill to have for an uncle. "Nasty Dan," the opener, will be familiar not only to those who grew up singing along to the original LP, but also to subsequent generations of "Sesame Street" watchers (Oscar duets on a later version). But for most, the rest will arrive as pure revelation. "Old Shep," a dog song, deserves placement on a disc of classic pet tributes, if such a thing exists; "Tiger Whitehead" treads fearlessly through wild bear territory; "Ah Bos Cee Dah" is nonsensical noodling with the language at its most brilliant; and "I Got a Boy and His Name Is John," a duet with the great June Carter Cash, steers the modern listener to a long-lost place where love of family was enough for a kid to get by on.